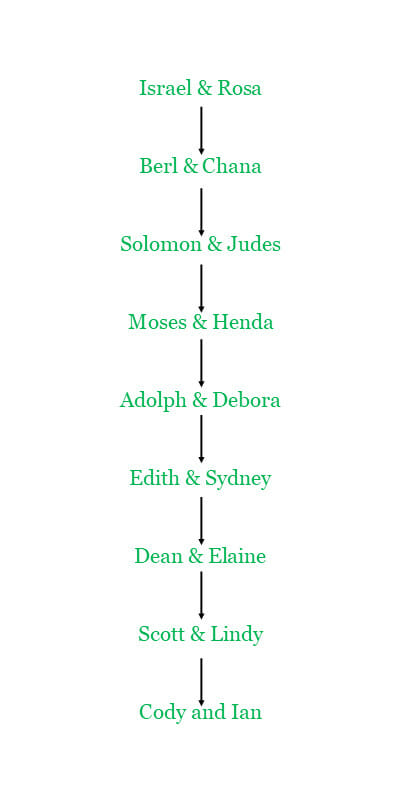 Welcome to my effort to tell the 250 year history of the Holdengraber family. I’m one of several cousins who, in the wake of our spreading out from the Suceava region of Romania and the devastation of the Holocaust, have worked to recover our wide and varied story.

Rather than attempting to write a single, straightforward narrative, I’ve tried to write a series of smaller chapters or stories that – like the family itself – branch out and then reach back to each other.

I have had the good fortune to share resources with others at a moment when our World Wide Web technology has opened stunning new doors in genealogy. As a result, we have answered many questions that confused our grandparents and others who looked for lost relatives and wondered at already forgotten connections.

Now, with much of the story recovered, I face the challenge of telling it in a way that reflects the research and the narrative as it branches in ever wider directions.

Please start with chapter one, Walking Into History. After that, I hope you’ll find new questions about the extended Holdengraber family, questions that other Chapters and Stories from the site might be able to answer.

Please also share your thoughts, corrections, and additions in the comments or in an email to me. This story has gone in too many directions over too many years for any one person to presume to get it right, and I hope that telling it can bring some of us together. 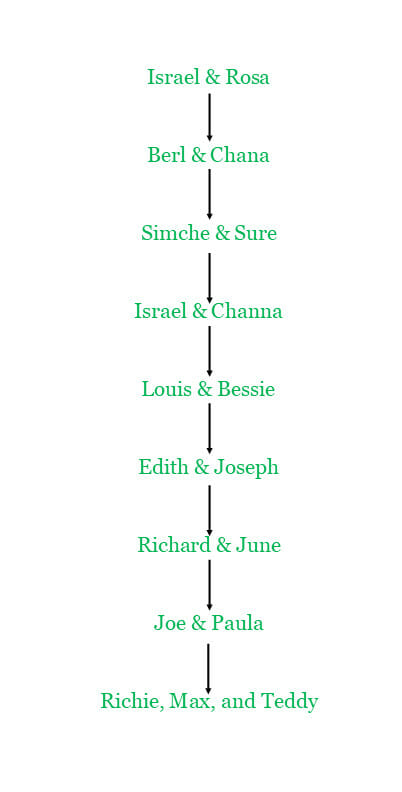 At this point we can trace roughly 1200 Holdengraber family members back to a single shared-ancestor couple who migrated to Campulung Moldovenesc in the late 18th Century. Early descendants of that couple spread across the region, especially to Suceava, Falticeni, Gura Humora, and Vatra Dornei, all marked on the map.

It took new technologies to trace this story, and it’s going to take new ones to tell it. Each branch of the family has its own experiences and its own unfolding future. We are all “linked” in the past, and, to share that past, it’s going to take some of the “links” of hypertext and the web.

Please explore this story as it unfolds in opening chapters and as it expresses itself in later experiences. That is, please read what follows in whatever way seems to lead toward the particular experience of this large story that draws you.

Start with the stories from History of the Holdengraber Family, or dive in somewhere at random and see how these different chapters branch out and reconnect.

History of the
Holdengraber Family

In the 1970s, a handful of Jewish genealogists and amateur researchers began making copies of the extant birth, death and marriage